By Art Murray and Ken Wheaton

Adapted from The Future of the Future, KMWorld Magazine, January 2016

Sometimes you can make significant progress by looking to the past. Dusting off old, discarded concepts and re-purposing them to fit today’s business climate might give you a much-needed boost. One such concept worth looking at is the age-old practice of curation. 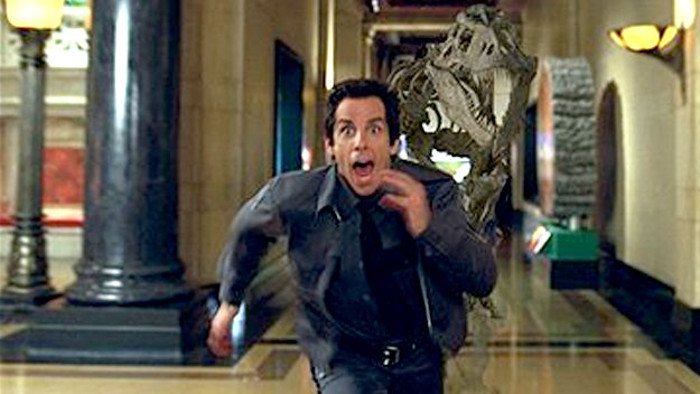 No, we’re not talking about managing warehouses full of ancient artifacts or conjuring up images from the movie “Night at the Museum.” By curation, we mean the kind that you used to see in libraries. Only it’s no longer a process of meticulously organizing and maintaining long, shadowy stacks of musty old books and periodicals. We’re talking about knowledge curation: the care and feeding of an organization’s critical knowledge.

No matter how advanced the level of automation, knowledge still can’t take care of itself. Keeping organizational knowledge relevant and up-to-date requires adult supervision. Unfortunately, in many organizations, such conditions are rare. If this sounds like your organization, a knowledge curator may be just what the doctor ordered.

A brief history of how we’ve recorded history

Let’s take a look at how curation has evolved over time (see figure below). We can divide this evolution into four distinct stages. Each exhibits a different ebb and flow between those old familiar notions of explicit knowledge vs. tacit knowledge.

The explicit dimension deals mostly with technology: how you record information and in what form. The tacit dimension has many of the hallmarks of traditional curation, such as knowing what you’ve recorded, its context, how it was derived, and whom it may benefit.

Stage I: low tech, low curation is characterized by artifacts such as ancient cave drawings, word-of-mouth stories, legends, and music. Many of these forms of expression eventually evolved into written language recorded on parchment and bark. Stage I knowledge was closely held and focused mostly on survival, and the preservation of religion and culture.

And yes, Stage I knowledge curation is still practiced today, most notably among indigenous tribes who continue to preserve their way of life and culture, as handed down over thousands of years. Wisdom Keeper, by Ilarion Merculieff, gives an excellent account of how this is practiced among native Alaskans.

Stage II: low tech, high curation began with the emergence of scrolls, followed by bound books, all hand-copied. Notable centers where the practice of curation was refined ran the gamut from the Library of Alexandria (300 to 30 B.C.E.) to the many monasteries dotting the Northern European countryside during the Middle Ages, to the Bayt al-Hikma (House of Wisdom) of 9th– to 13th– century Baghdad. With the introduction of the printing press, Stage II ultimately ushered in a renaissance of discovery, invention, and the onset of the industrial age.

Stage III: High tech, low curation. During the past century, we’ve seen a trend toward accelerating technology, while the noble art of curation has been quietly fading into the shadows. With the mass production and distribution of information now occurring at near-zero cost, Stage III is entering its final throes. Many librarians and their related institutions, corporate libraries in particular, are being supplanted by server farms and search engines.

As we enter Stage IV, we have an unprecedented opportunity to re-introduce human curation into the mix by letting computational systems work their magic in synchrony with human cognition, intuition, and judgment.

Hedge fund manager Ray Dalio has applied this approach successfully for over two decades.  In his book Principles, he writes:

“Rather than blindly following the computer’s recommendations, I would have the computer work in parallel with my own analysis and then compare the two. When the computer’s decision was different from mine, I would examine why. Most of the time, it was because I had overlooked something. In those cases, the computer taught me. But sometimes I would think about some new criteria the system would’ve missed, so I would then teach the computer. We helped each other.”

The challenge becomes how to make this new form of curation happen.

Next What knowledge curation looks like
Table of Contents